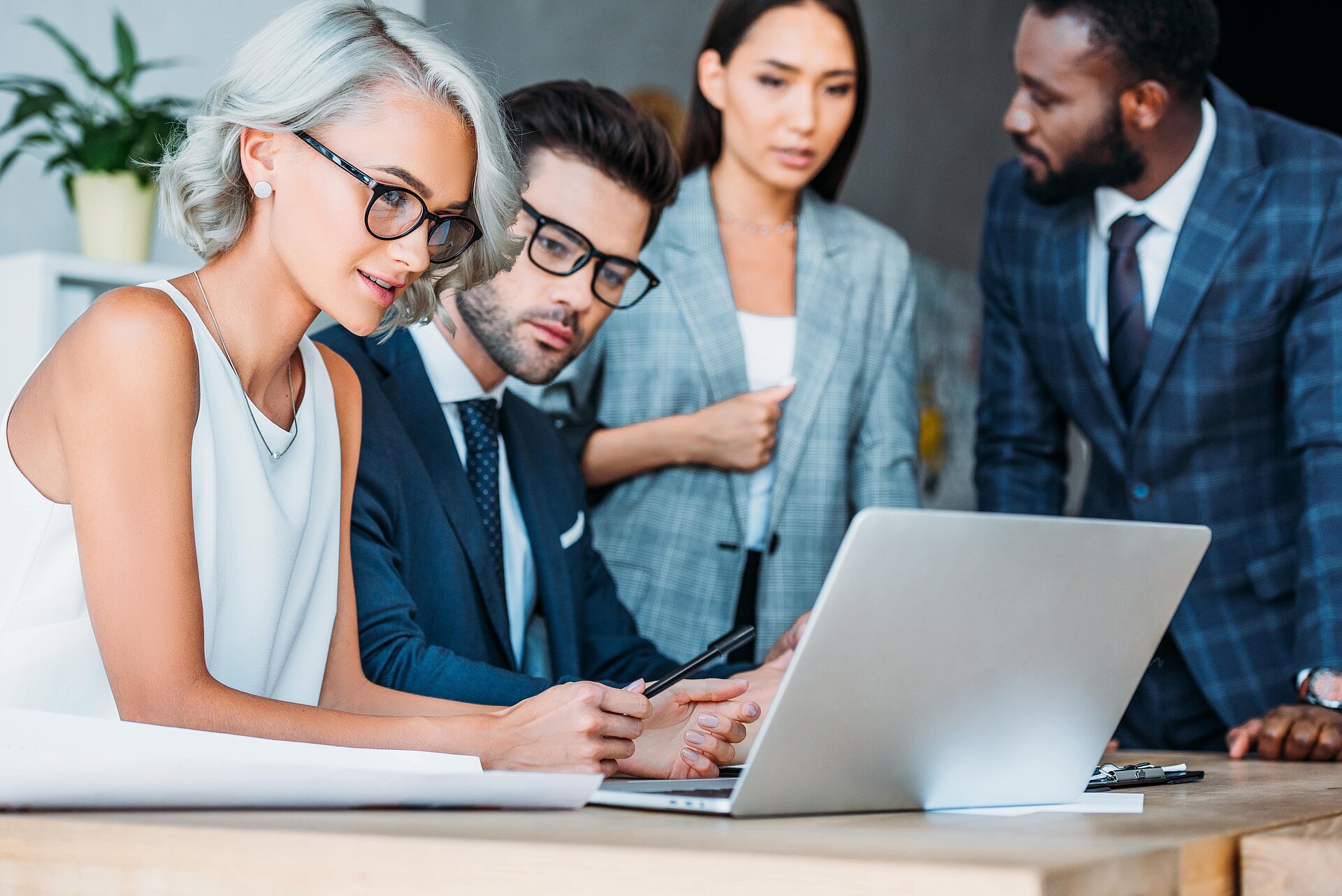 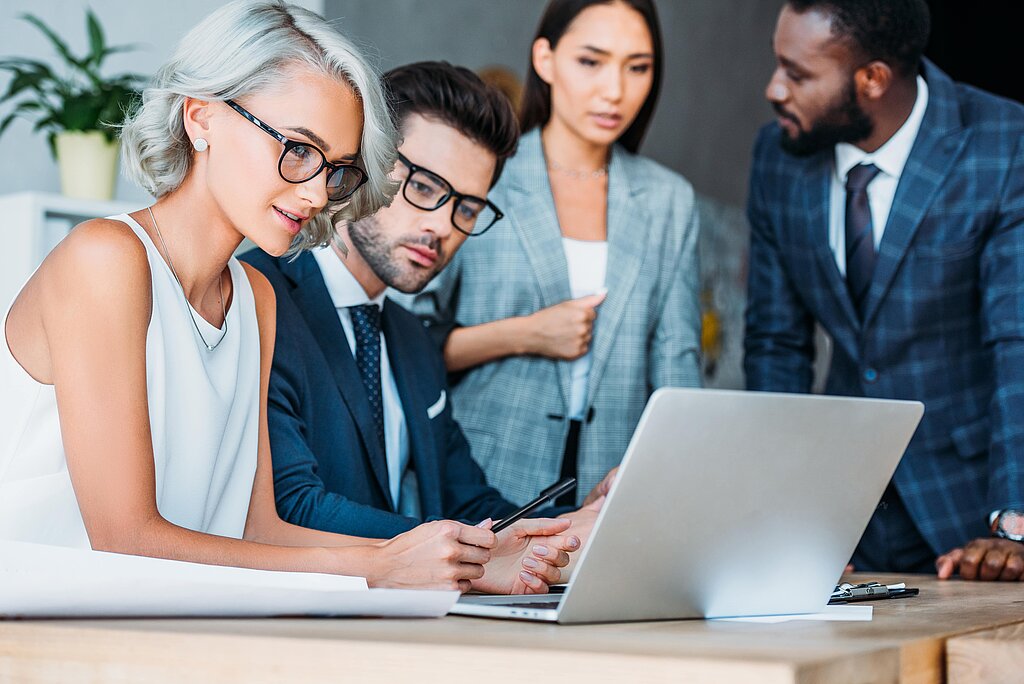 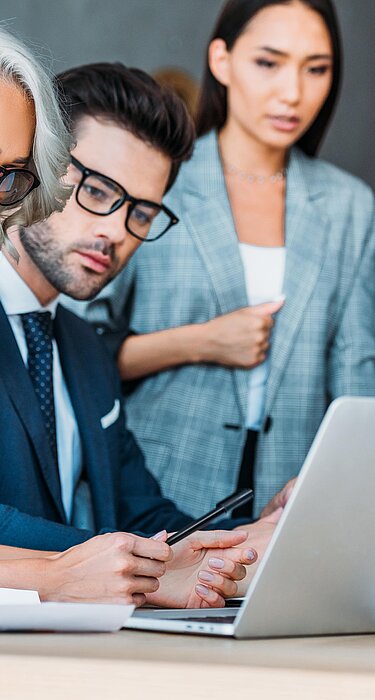 Nicolas Berland is a former student of Ecole Normale Supérieure (ENS), Cachan. He passed in PhD dissertation at Dauphine - PSL in 1999. He has been Professor at Université Paris Dauphine - PSL since 2007. He was previously Professor at IAE of Poitiers (2002-2007) where he directed the Cerege and the Master's Information System and Control. From 1995 to 2002, he was at the University of Paris-Sud where he co-directed the Master's in Control and Social Management and contributed to the creation of the Pesor host team.

His specialisation is in Management Control and Management of Organisations. His approach is resolutely oriented towards the study of the articulation of management control with the strategic and management processes of companies.

His research has led him to study the history of management control practices, the financialisation of control, the experiences of "management without a budget", control practices in CSR, and the implementation of management control in the public sector (e.g.: National Police). He has published "Contrôle de gestion, perspectives stratégiques et managériales" (Pearson) and "Contrôle de gestion" (Que Sais-je?) as well as numerous academic publications. He was President of the Association Francophone de Comptabilité (AFC) and member of the Management Committee of the European Accounting Association (EAA). He worked in the strategy department of Total at the beginning of his career, created a company specialised in Edtech in 1999 and participated in consulting missions, notably with the firm Pricewaterhousecoopers (PwC). He is a member of the scientific council of the DFCG (Association of Financial Directors and Management Controllers).

Steadfast advocate for the power of brands to drive positive change, Marie is the founder of Things That Matter Consulting, a London-based consultancy dedicated to helping ambitious business owners create a brand that they are proud of, rethink their marketing strategy, craft industry-leading and distinctive content, amplify their message and boost their performance.

Having worked for over twenty years for a diversity of corporate brands (including Unilever, Renault or Rentokil Initial), driving cross-functional teams on high-profile launches of award-winning products, industry-leading services and global digital platforms, Marie possesses first-hand experience of the critical role played by marketing in leading and managing a successful and forward-looking business.

Prior to joining the Business School a number of years ago he held managerial positions in production, marketing, financial analysis and strategic planning. He has worked within commercial organisations, public sector organisations and the voluntary sector. Whilst at WBS he consulted (and still does) on foresight, strategy development and innovation & entrepreneurship. Amongst many others, clients have included the BBC, Shell International Oil Inc., The Royal Botanical Gardens Kew, UBS Swiss Bank, Medecines sans Frontieres, Wavin BV and British Telecom amongst other international organisations. He has mentored Board Directors at a number of major public sector organisations.

Neil has supervised more than 250 work based MBA projects in these topic areas, and is the author and co-author of eight books (all with a practitioner focus).

His current teaching encompasses Design Thinking, Entrepreneurship, Futures studies and Innovation at postgraduate level and his research interests are foresight and complex adaptive systems in the context of innovation.

He is an expert assessor for European Commission Horizon 2020 grant applications and has been a committee member for the European Conference on Digital Government since 2013.
Neil is a Freeman of the City of London and a Liveryman of the Worshipful Company of Firefighters. He is a non-executive director of the Institute of Continuing Professional Development and a Trustee, and Finance Director, of the Firefighters Memorial Trust* dedicated to remembering fallen firefighters.

Dr. Samuel Hinds is actively involved in the academic teaching and development of Université Paris Dauphine - PSL, London campus. In addition to being Academic Lead in Management, within the Bachelor's in Economics and Management, teaching Management Accounting and Financial Accounting and Management, Samuel is also part of the Quality Assurance Agency for Higher Education task force. He is a former senior lecturer at University of Surrey and Westminster Adult Education Service.

He holds a PhD in Psychology and Education from University College London in 2018, complementing his MSc in International Finance obtained in 2001 from CERAM (now SKEMA France). Since 2005, Samuel is a member of Teaching and Learning in Higher and Professional Education and a Teaching Fellow at The Chartered Institute of Management Accountants (CIMA).

Steadfast advocate for the power of brands to drive positive change, Marie is the founder of Things That Matter Consulting, a London-based consultancy dedicated to helping ambitious business owners create a brand that they are proud of, rethink their marketing strategy, craft industry-leading and distinctive content, amplify their message and boost their performance.

Having worked for over twenty years for a diversity of corporate brands (including Unilever, Renault or Rentokil Initial), driving cross-functional teams on high-profile launches of award-winning products, industry-leading services and global digital platforms, Marie possesses first-hand experience of the critical role played by marketing in leading and managing a successful and forward-looking business.

Pierre Volle holds a PhD in Management Sciences and is co-director of the Consulting and Research programme in the Marketing & Strategy Master's programme at Université Paris Dauphine - PSL. He is a research director attached to the Marketing & Strategy research team (ERMES) within the Dauphine Research in Management center. He has supervised doctoral theses and created the Center for Customer Management (CCM). At Dauphine - PSL, he was Director of Communications, Vice-Chairman of the Board of Directors, Head of the Marketing & Strategy Department and responsible for several programmes in initial and executive education (Master's degree in "Distribution & Customer Relations", Master's degree in "Management", Executive Doctorate in Business Administration). He was also the Marketing Manager of a subsidiary of the Savencia group in the United Kingdom, Editor-in-Chief of the magazine Décisions Marketing, Director of the CEFAG (Centre Européen de Formation Approfondi à la Gestion de la FNEGE) and President of the French Marketing Association (AFM).

He is the author of several books and about fifty scientific contributions.

As the Founder and Managing Director of her consultancy company Octus Global, Anne Boisier-Fouché has spent the past 10 years helping leaders succeed in their organisational, cultural and human transformations by bringing to life meaningful people-development solutions that deliver significant value to their business.

With over 20 years of experience, in the corporate world as a team leader and as a business director in the last decade, Anne has facilitated hundreds of transformational Learning Moments that put the learners at the heart of the transformation for maximum impact, in and out. Anne and her team help leaders gain clarity on how to ignite their teams and their business for meaningful impact in the long term.

Anne has worked with some of the world’s leading companies in Pharmaceuticals, Health Care and Life Sciences, FMCG, Oil & Gas and Advertising Agencies. In her 10 years collaboration with Dauphine Paris and Dauphine London Anne has taught various Business Management courses and is currently teaching Marketing for our third-year Bachelor's students.

The Leader, Guide and Coach

Benjamin is a London-based actor, singer and writer. As an actor, he is represented by Delaney Grey Management. He trained in Fine Art at Byam Shaw College of Art and Loughborough University before graduating with an MA (Distinction) from the Royal Central School of Speech and Drama.

As a writer, Benjamin has shown work at the Courtyard and Old Red Lion theatres, and he has participated on the Playwriting Programme at the Royal Court Theatre where he was mentored by Suhayla El-Bushra. As an actor, Benjamin has worked with industry professionals including Alessandro Talevi, Maria Huesca, Jo Davies, Steve Elias, Joe Deer, Forrest McClendon and Adébayo Bolaji. He has performed at the Park Theatre, Greenwich Theatre, Grange Park Opera and at Teatro Goldoni in Florence. Benjamin is a company member of Ex Nihilo Theatre, and also co-founded Blink Theatre in 2014. Blink Theatre is now run by Artistic Director Lotte Ruth Johnson.

Benjamin believes in establishing safe creative spaces in which voices, bodies and stories can be explored. He is working on multiple projects throughout 2021/22, exploring how we move and become who we are.

Dr. James Rodgers is Reader (Associate Professor) in International Journalism, and Associate Dean for Global Engagement in the School of Arts and Social Sciences, at City, University of London.

In the academic year 2021-22, he is teaching on the MA International Journalism (Journalistic Storytelling; International News; Journalism Ethics), and the BA Journalism (Reporting Conflict), as well as supervising PhD students and postgraduate and undergraduate dissertations.

He is the author of four books on international affairs. His latest is 'Assignment Moscow: reporting on Russia from Lenin to Putin' (I.B. Tauris, 2020).

James' particular areas of interest in international journalism are Russia and the former Soviet Union, and the Middle East. Much of his research has a historical focus, seeking to understand the way that history influences narratives and reporting of current events.

Before entering Journalism academia full time in 2010, James was a journalist for twenty years. He spent fifteen years at the BBC, completing correspondent postings in Moscow, Brussels, and Gaza, as well as numerous other assignments. These included reporting from New York and Washington after 9/11, and covering the war in Iraq in 2003 and 2004.

In addition to his academic work, James still works as a journalist, contributing print, web, and broadcast work to news outlets in Britain and the United States. In the last 12 months, he has contributed to the BBC, NBC Think, Forbes.com, History Today, The New European, and the British Journalism Review.

In spring 2020, he was awarded the John C. Hartsock prize for his article “Making Space for a New Picture of the World: Boys in Zinc and Chernobyl Prayer by Svetlana Alexievich,” published in Literary Journalism Studies (Vol. 11, No. 2, December 2019).

In May 2021, James was elected a Fellow of the Royal Historical Society, in recognition of his contribution to the discipline of History.

After obtaining her PhD in Economics in 2000, Sophie Méritet worked for two years in Houston, Texas as an Energy Economist at the French Consulate and then as a Lecturer at the University of Houston.

Since 2002, she has been a Lecturer at Université Paris Dauphine - PSL and a Researcher at the Center for Geopolitics of Energy and Raw Materials (CGEMP). Co-Director of the Master's 2 Energy, Carbon Finance, she teaches Microeconomics, Industrial Economics, Competition Policy, European Economics and Energy Economics. She teaches at Sciences Po Paris and at ENA, and also provides Executive Education seminars in various institutions and companies. She was in charge of a course at the Ecole Nationale des Ponts et Chaussées for 5 years and has also taught at the American University of Paris and the College of Europe in Bruges.

Her teaching experiences abroad include University of Chicago and University of Michigan in the United States, CIDE in Mexico,... Her research interests are related to the reorganisation of energy industries, firm behavior, and the geopolitics of energy.

Dr. Maximilian Hoell FHEA brings a wealth of academic programme leadership and research experience to ensure the rigour of our undergraduate programmes. He also served as the Academic Lead for Social Sciences and Law at Dauphine, as an Assistant Professor at Northeastern University, and as a Policy Fellow at the European Leadership Network. He achieved Fellowship of the Higher Education Academy (FHEA) in June 2021.